The primary focus of the Photonics Research Group, headed by Dr. Arash Mafi, is on the application of theoretical, computational, and experimental methods for cutting-edge research in photonics, especially on nonlinear and quantum aspects of guided-wave optics. Guided-wave optics, whether in the form of optical fibers, or as plasmonic and silicon nano-waveguides, is the fundamental platform in device applications in photonics and will always remain at the frontiers of research in photonics. Our group has access to advanced computational and experimental facilities at the Center for High Tech Materials and Department of Physics & Astronomy at the University of New Mexico and benefits from several on-going collaborations with other academic institutions and industry. 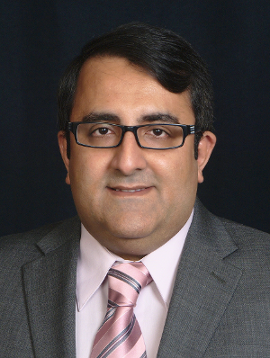 Our work on using disordered fibers to transmit images has been selected by Physics World of the Institute of Physics (IOP) as one of their Top 10 Breakthroughs in Physics in 2014.

Our paper on image transport through Anderson localized fiber is published in Nature Communications, 5 3362 (2014).

Our paper on light focusing in Anderson localized fiber is published in Nature Communications, 5 4534 (2014).

Our paper on migrating transverse-Anderson localizations of light in nonlocal media is accepted for publication in Physical Review Letters, (2014).

Dr. Mafi will present an invited talk on "Transverse Anderson localization in disordered optical fibers," at the Frontiers in Optics 2013.

First observation of transverse Anderson localization in optical fibers in featured on photonics.com and phys.org.

Spotlight on Optics features articles nominated by The Optical Society's Topical and Associate Editors to show the breadth and quality of OSA content ....

Ryan Frazier wins the 1st place award for his research on the "Generation and Detection of Entangled Photons" in the fourth College of Engineering and Applied Science student research poster competition held on April 20, 2013.

Dr. Mafi is awarded a UWM RGI grant on the wavelength dependence of birefringence in nonlinear optical fibers (2010). 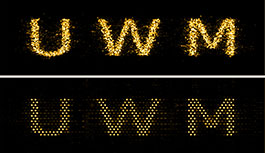 To Arash Mafi and colleagues at the University of New Mexico, University of Wisconsin-Milwaukee, Corning Inc. and Clemson University, all in the US, for using the phenomenon of "Anderson localization" to create a better optical fibre for transmitting images.

Disorder in an optical fibre usually blurs transmitted images, but Mafi and colleagues have shown that by putting the right kind of disorder in the right place, the ability of a fibre to transmit sharp images can be enhanced. Indeed, their prototype produced a sharper image than the best available commercial imaging fibres. The technique involves using Anderson localization of light. 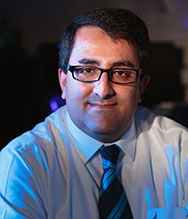